201 Data Science questions from REAL Data Science interviews. Publishing late November on Amazon.
Follow along on Instagram for daily questions and join our free 9-day email crash course to get ready for the interview! 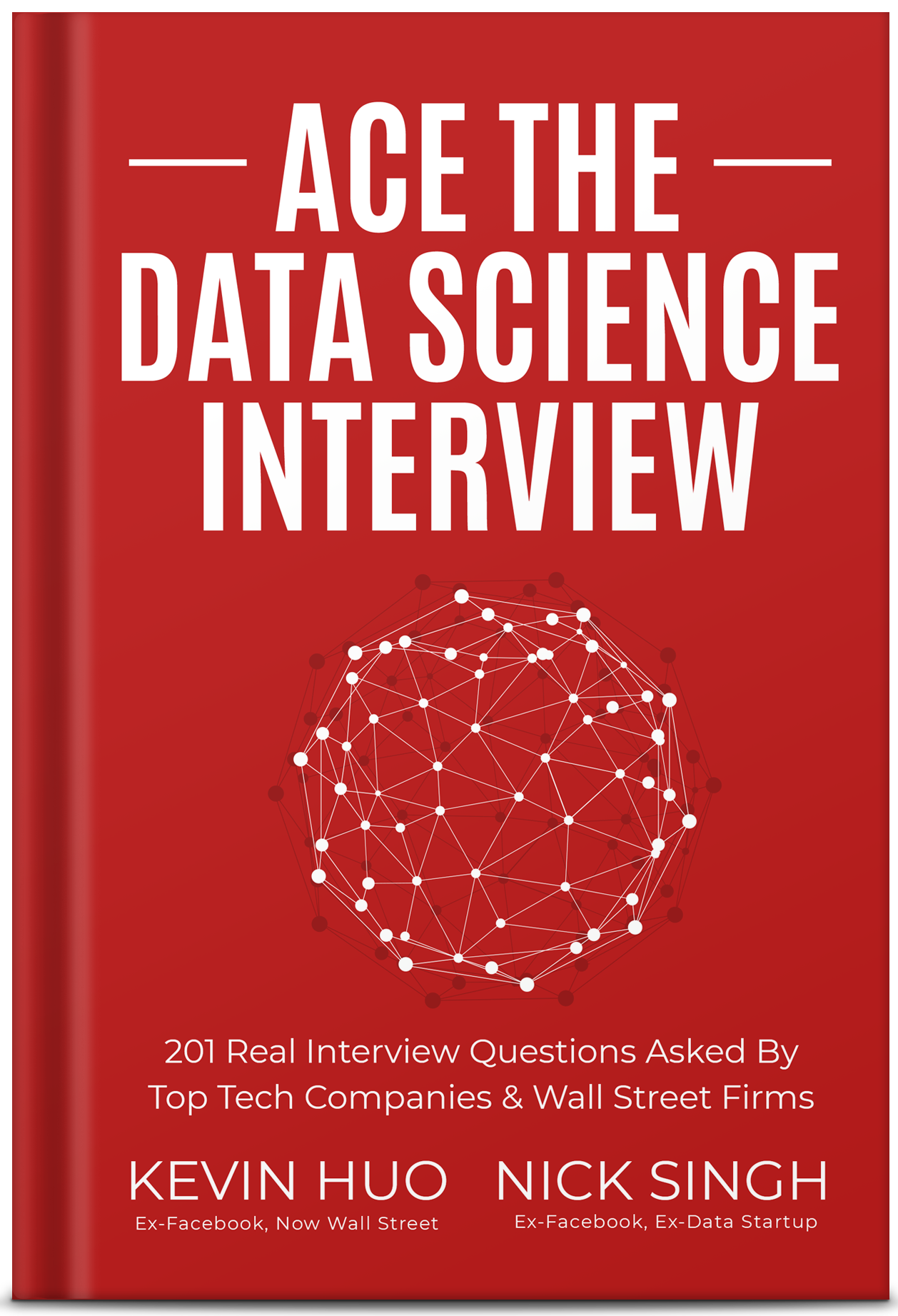 Upcoming Data Science Interview, but unsure on how to prepare?

Do you know what topics to review?

Ace the Data Science Interview has study guides on topics like SQL, Database Design, Probability, Statistics, and Machine Learning, so you know which concepts are the most important to review before your Data Science interview.

Did you practice interview problems?

We carefully curated 201 questions from real Data Science interviews at tech companies like Facebook and Google, unicorn startups like Airbnb and Robinhood, and top Wall Street firms like Two Sigma, Citadel, and Goldman Sachs so that you test your knowledge and be ready to Ace the Data Science Interview.

Join our free 9-day email crash course, and get notified when the book is published!

Kevin Huo is currently a Data Scientist at a Hedge Fund, and previously was a Data Scientist at Facebook working on Facebook Groups. He’s the creator of DataSciencePrep.com and a course creator on DataCamp. In college, he interned at Facebook, a hedge fund, and Bloomberg.
‍
Nick Singh previously worked at geospatial data startup SafeGraph, and before that, was a Software Engineer on Facebook’s Growth Team. His Software Engineering & Data Science career advice has been read by millions of people on LinkedIn. In college, he interned at Microsoft and at Google’s Nest Labs.

Check your inbox - including your promotions and spam folder - for the 1st email!
Oops! You've made a mistake, please check did you enter a correct email address!

Each day, we'll email you highlights from a chapter of Ace the Data Science Interview, along with a few relevant interview problems & solutions from companies like Facebook, Two Sigma, and Uber.

Check your inbox - including your promotions and spam folder - for the 1st email!
Oops! You've made a mistake, please check did you enter a correct email address!